A measure of the impedance to ventilation caused by the movement of gas through the airways. Abbreviated as RAW, airway resistance is computed as a change in pressure along a tube divided by flow.

The number of apneic episodes (obstructive, central and mixed) per hour of sleep.

An unexplained episode of cessation of breathing for 20 seconds or longer, or a shorter respiratory pause associated with bradycardia, cyanosis, pallor, and/or hypotonia. AOI refers to infants who are greater than 37 weeks gestational age at the onset of pathological apnea.

Apnea of prematurity is fairly common in preemies. Doctors usually diagnose the condition before the mother and baby are discharged from the hospital, and the apnea usually goes away on its own as the infant matures. Once apnea of prematurity goes away, it does not come back.

The number of apneic episodes (obstructive, central and mixed) plus hypopneas per hour of sleep. It is synonymous with respiratory
disturbance index.

An episode that is frightening to the observer and that is characterized by some combination of apnea, color change, marked change in muscle tone, choking or gagging.

An abrupt change from a deeper sleep stage to a lighter sleep stage with the possibility of awakening as a final outcome. Arousal may be accompanied by increased muscle tone and heart rate as well as body movement.

Short for “automatic positive airway pressure”. Device used in the treatment of obstructive sleep apnea (OSA). Automatically adjusts, on a breath-by-breath basis, to deliver the minimum pressure needed to keep the upper airway open during sleep. This allows the device provide you with your ideal pressure over the entire night Tend to be more advanced and contain more features than CPAP devices May also be known Auto-adjusting CPAP, Auto-titrating CPAP, Self-adjusting CPAP Auto PAP, Automatic CPAP, Auto.

A Bilevel positive airway pressure (or BiPAP) machine builds to a higher pressure when you inhale and decreases to a lower pressure when you exhale. This device is most appropriate for central sleep apnea, a condition where the brain loses its drive to breathe.

Slowing of the heart rate below the age-specified rate for five seconds or greater.

The habit of unconsciously gritting or grinding teeth especially in situations of stress or during sleep.

A sudden decrement in muscle tone and loss of deep tendon reflexes leading to muscle weakness, paralysis, or postural collapse. One of the symptom tetrad of narcolepsy.

No respiratory effort, caused when the brain fails to send the appropriate signals to the breathing muscles to initiate respirations.

A bluish-purple discoloration of skin and mucous membranes usually resulting from a deficiency of oxygen in the blood.

Common term for NREM stages 3 and 4 sleep; In deep sleep, a person is very difficult to arouse; Mostly occurs at the beginning of the
night.

A condition that occurs when the clock hour at which sleep normally occurs is moved ahead in time within a 24-hour sleep-wake cycle; Commonly known as Delayed Sleep Phase Syndrome.

The stage of sleep in which EEG delta waves are prevalent or predominant—Sleep stages 3 and 4.

A breathing pattern consisting of irregular breathing with short periods of apnea, usually accompanied by heart rate decelerations and/or bradycardia. Can be a signal that the patient being monitored is awake.

A stage of quiet wakefulness that typically occurs before sleep onset. If the eyes are closed, diffuse slowed alpha activity usually is present, which then gives way to early features of Sleep stage 1.

Used to refer to a physician that specializes in disorders of that region. Technically known as an Otorhinolaryngologist.

A subjective report of difficulty in maintaining the awake state, accompanied by a ready entrance into sleep when the individual is sedentary. May be quantitatively measured by use of subjectively defined rating scales of sleepiness.

The duration of wakefulness after the final wake-up time until the arise time (lights on).

A household appliance that increases humidity (moisture) in a single room or in the entire house.

The amount of water vapor in the air.

An unusually high concentration of carbon dioxide in the blood as a result of hypoventilation.

Excessive sleep or sleepiness that interferes with everyday life.

Breathing that is shallower or slower than normal
during sleep.

A lower than normal level of oxygen in blood.

Inability to sleep at all, or sleeping for only a few hours (and being unable to go back to sleep after arousing in the middle of the night). Commonly used to indicate any and all gradations and types of sleep loss.

The pressure delivered to assist the patient when inhaling.

Laser surgery on the uvula and soft palate that is reported to diminish snoring.

A clinical instrument used to assess the ease of obtaining an airway.

A breath initiated by the patient.

Typically a central apnea followed by an obstructive apnea.

Also known as a daytime nap study. The multiple sleep latency test (MSLT) tests for excessive daytime sleepiness by measuring how quickly you fall asleep in a quiet environment during the day.MSLT is the standard tool used to diagnose narcolepsy and idiopathic hypersomnia.

A neurological disorder that affects the control of sleep and wakefulness. People with narcolepsy experience excessive daytime sleepiness and intermittent, uncontrollable episodes of falling asleep during the daytime. These sudden sleep attacks may occur during any type of activity at any time of the day.

Cessation of airflow into or out of the mouth or nose although efforts to breathe continue.

A life threatening and life altering condition that causes a person to stop breathing repeatedly during sleep due to obstruction of the airway by excess tissue in the back of the throat; Cessation of breathing during sleep, due to a mechanical obstruction, such as a semi-collapsed trachea, tongue relaxed to back of the throat, or a large amount of tissue in the uvula area.

Any of several disorders that frequently interfere with sleep, occurring especially among children and including sleepwalking, night terrors, and bed-wetting.

A respiratory pause (for 10 seconds or longer in adults) that is abnormal if it is prolonged or associated with cyanosis, abrupt pallor, hypotonia or bradycardia.

The application of positive pressure to the airways and alveoli during expiration when the patient is breathing with a mechanical ventilator; Maintains a small amount of air in the lungs, preventing complete emptying on exhalation to avoid airway collapse.

Abnormal respiration in which periods of shallow and deep breathing alternate.

The limb movements occur most frequently in light non-REM sleep. The repetitive movements are separated by fairly regular intervals of 5 to 90 seconds. There can be significant night-to-night variability to the frequency of limb movements.

The shift of sleep or wake to an earlier position in the 24-hour sleep-wake cycle.

A shift of sleep or wake to a later time of the 24-hour sleep-wake cycle.

Descriptor for an obese person who snores, is sleepy, and has alveolar hypoventilation.

A mechanical recording of a person’s sleep using many criteria such as the amount of oxygen in bloodstream, pulse, brain waves and eye movement. The continuous and simultaneous recording of physiological variables during sleep, i.e., EEG, EOG, EMG (these are the three basic stage scoring parameters), EKG, respiratory air flow, respiratory excursions, lower limb movement and other electrophysiological variables.

Rapid eye movement sleep, or REM, is one of the five stages of sleep that most people experience nightly. It is characterized by quick, random movements of the eyes and paralysis of the muscles.

A function that expresses the frequency of eye movements per unit time during sleep stage REM.

The interval from sleep onset to the first appearance of stage REM sleep.

The beginning of the REM sleep episode as designated by the A Manual of Standardized Terminology—better known as the R and K Manual.

The act of inhaling and exhaling air.

The number of apneas (obstructive, central or mixed) plus hypopneas per hour of total sleep time as determined by all-night polysomnography. It is synonymous with apnea-hypopnea index.

A discomfort in the legs which is relieved by moving or stimulating the legs. This feeling is difficult to describe and is commonly referred to as a crawling, tingling or prickling sensation.

An irritation or inflammation of the lining of the sinuses. When the mucous membranes lining the sinus walls become inflamed, these openings become blocked and the sinuses do not drain properly.

Synonymous with the non-REM/REM sleep cycle.

The proportion of sleep in the period potentially filled by sleep, that is the ratio of total sleep time to time-to-bed.

Habits and practices that are conducive to sleeping well on a regular basis. For example, regularity of bedtime and arise time; spending only enough time in bed to get an adequate amount of sleep (usually 8-9 hours for normal adults); restricting alcohol and caffeinated beverages in the period prior to bedtime; exercising, nutritional eating, and controlling of environmental factors such as noise, light and temperature so that they enhance, rather than disturb, restful sleep.

The period of time measured from lights out (or bedtime) to the onset of sleep. Sleep latency is measured in minutes and is important in diagnosing depression.

A daily, written record of a person’s sleep-wake pattern, containing information such as time of retiring and arising, time in bed, etc.

The transition from waking to sleep, normally into non-REM.

Immobility of the body that occurs in the transition from sleep to wakefulness. A partial manifestation of REM sleep.

The beginning of sleep by entrance directly into stage REM sleep. The onset of REM occurs within 10 minutes of sleep onset.

A device that prevents pauses in breathing during sleep and helps protects against snoring. It helps patients who suffer from Obstructive Sleep Apnea Syndrome.

The total time scored as wakefulness in a polysomnogram occurring between sleep onset and the final wake-up. 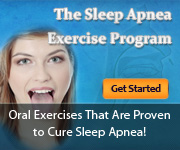